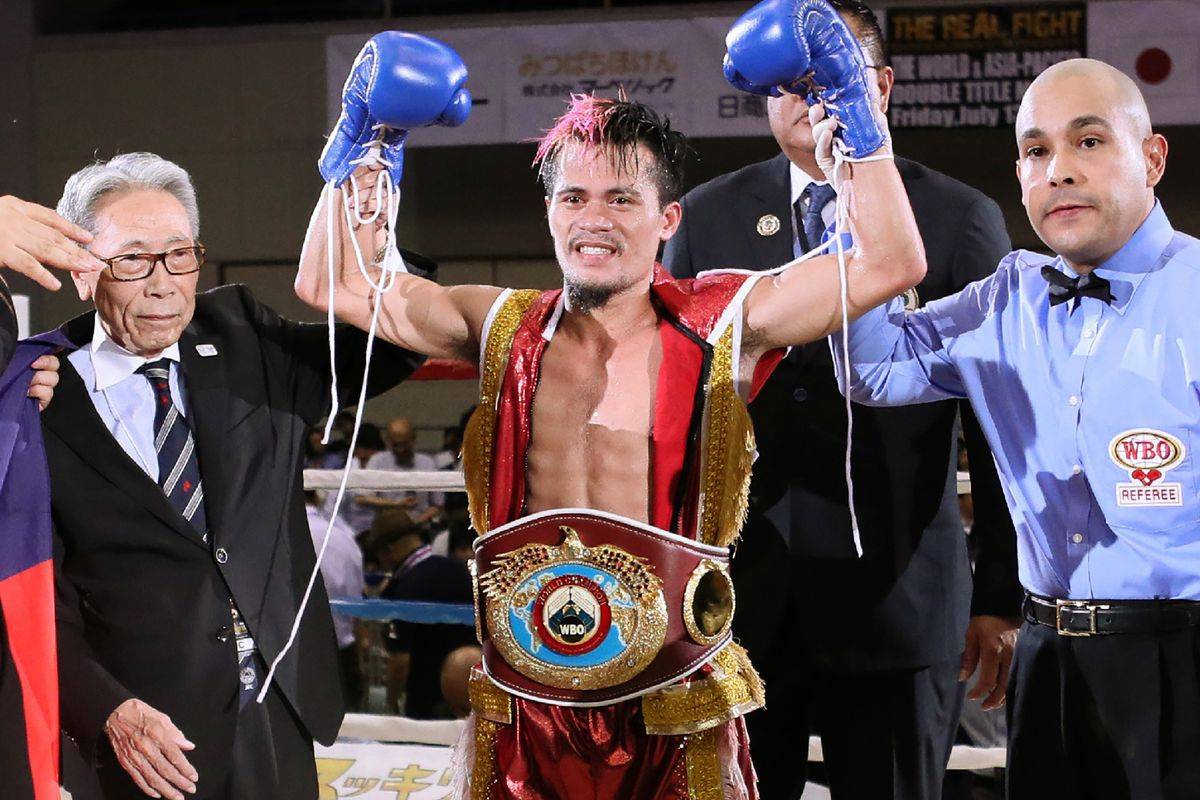 WBO minimum weight champion Vic Saludar (19-3, 10 KOs) from the Philippines arrived in Puerto Rico this morning to complete his training for his defense against # 1 Wilfredo "Bimbito" Méndez (13-1, 5 KOs) this Saturday at the Ballroom of the Puerto Rico Convention Center in San Juan.

After 20 hours in transit, Vic Saludar finally arrived in Puerto Rico from the Philippines. He was ready to stretch his legs and move, but not particularly tired.

"I slept on the plane," said Saludar, the current WBO strawweight titlist.

Saluting did not make the trip for pleasure, but rather to make a mandatory defense of the title against Wilfredo Méndez this Saturday at the Puerto Rico Convention Center, San Juan.

The fight will be the second belt defense he won in July 2018, and it will be his third consecutive fight abroad.

"It will be difficult since the fight against them is here," said Saludar (19-3, 10 knockouts) from Polomolok, Philippines. "But I will do everything I can."

"We always have the best camp, but this time Vic is more focused and dedicated because he knows his situation ... so that they rob us," said Palacios.

"That's why I keep telling him, 'We are the challenger here, we have to dominate every round.'

Saying hello won't have the benefit of having Palacios on your corner since his full-time coach was not approved for a visa. Instead, it will have Bobby Villaver, a Hawaii-based Filipino American who had previously been head coach of Vic's older brother, Froilan Saludar, and who had worked with Vic when he was still an amateur.

More than just having the ability to travel freely in the US. USA And his territories, Villaver brings a level of familiarity with the training style of Palacios, whom he guided while working alongside him as a coach in Thailand at the famous Kokietgym. Villaver will also become the cutman and will bring Kawelo Alcos, a 2-0-1 professional, from Hawaii to work as an assistant.

"They have the same style of training," said Saludar, who is rated no. 3 for The Ring at £ 105, behind WBA starter Knockout CP Freshmart and WBC starter Wanheng Menayothin.

Few things should shake up Villaver, who was Somsak Sithchatchawal's head coach when the Thai teased Mahyar Monshipour to win the WBA junior featherweight title in what was called The 2006 Fight of the Year by The Ring and the Association of Boxing Writers of America.

Saluting describes Méndez as a boxer who likes to hit and hold, preferring to go the distance and win the fight on scorecards. Mendez (13-1, 5 KOs), a left-hander, got to this point by defeating Janiel Rivera by split decision last May in a title tie. At 22, Méndez is six years younger than Saludar.

"All we can do is give our best, we have no problem with his style with his left hand," Villaver said.

Palacios says he feels Masataka Taniguchi, whom Saludar defeated in his previous fight, is a more dangerous and complete fighter than Mendez, and that Saludar should end the fight in the distance.

"I think Vic is much stronger now. [The] coup de grace will come in time, ”said Palacios.