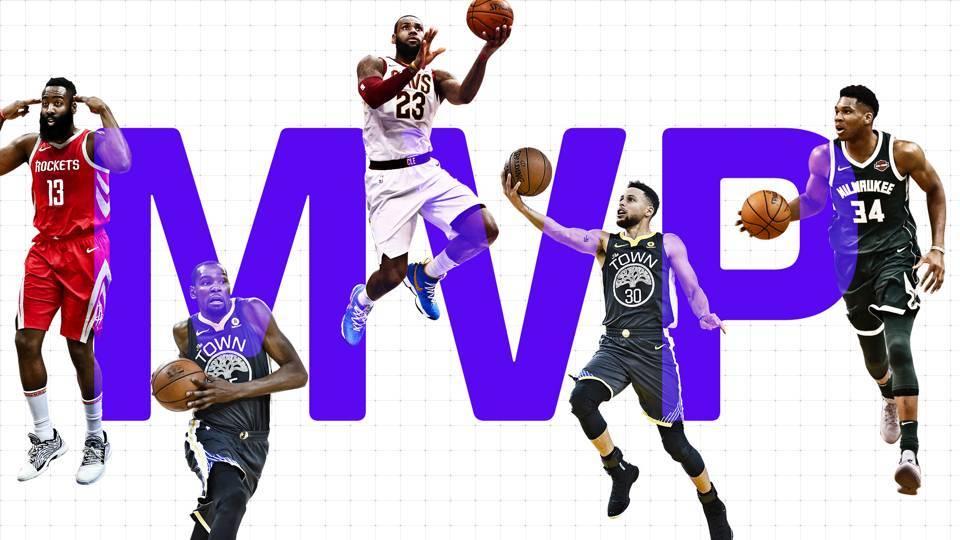 Last season's MVP career, which ended up being a two-man battle between Russell Westbrook and James Harden, was unlike anything we've seen before. This season's MVP career has not been quite as competitive, but there is a chance that it will increase as we get closer to the playoffs, depending on who steps up in the coming months and how individual performances affect qualifying.

With this in mind, let's get to the point and see the best MVP candidates at this point in the NBA season based on the Basketball-Reference MVP Award Tracker, a model created to predict which players will receive the most votes in build on previous voting results - starting February 26 to gain a better understanding of who is in the running and what each player needs to do before April 11 to be crowned MVP of the 2017-18 season.

Organize those playoffs, and only Jordan can match what Harden is doing this season.

More importantly, Harden is doing it on the best team in the NBA. With Harden on the court, the Rockets have outscored opponents by an average of 10.2 points per 100 possessions. They've been more dominant with Harden and Chris Paul on the court together, but have still outscored opponents by 8.6 points for every 100 possessions with Harden on the court and Paul on the bench. It helped them win 47 games, giving the Rockets a slight lead over the Warriors for the best record in the Western Conference.

The Rockets also own the tiebreaker if they end the season with the same record as the Warriors. Harden did not play in the only game the Rockets lost to the Warriors this season, but he played in the other two games and led to a couple of impressive wins.

Harden is having a better individual season than anyone on this list, and his team has won most of the games. As long as you stay healthy, keep presenting similar numbers and the Rockets keep winning, it's hard to see anyone else stealing this award from you at the end of the season.

It's unusual for two players from the same team to be in the MVP conversation, but Curry and Durant have made their mark in different ways this season.

For Curry, he is the engine that makes the Warriors act offensively. He is averaging 26.7 points and 6.5 assists per game with 49.4 percent shooting from the field and 42.1 percent shooting from the perimeter this season. The combination of his 3 shooting points and his impact on how teams defend the Warriors has them scoring 120.7 points for every 100 possessions with him on the court versus 106.5 points for every 100 possessions with him on the bench, giving Curry a monstrous differential and the highest offensive rating in the NBA this season.

For Durant, he doesn't have the same offensive impact, though he kept the Warriors out of the water when Curry was sidelined with an injury earlier in the season, but has become one of the best two-way players in the NBA. . He's knocking on the club door 50/40/90 for the second time in his career, and he's become the rare type of defender who can protect all positions on the floor and provide the tire protection necessary to function as a wing. -pivot or center in smaller alignments. (There are some gaps in his candidacy for Defensive Player of the Year, but Durant has become a terrifyingly versatile defender.)

Given that there are arguments for Curry and Durant, they are unlikely to get the votes they need to challenge Harden at the top unless one of them takes over in the final leg. However, they both have spectacular seasons.

James is not far from having one of the worst months of his career. He averaged 23.5 points, 7.4 assists and 7.3 rebounds per game in January, yet the Cavaliers lost eight of their 14 games and were significantly better in the minutes James was on the bench. (The Cavaliers outscored opponents by 4.1 points for every 100 possessions with him off the court and were outscored by 8.8 points for every 100 possessions with him on the court in those games. The only other time that James' team struggled. with him on the court was when he was a 19-year-old rookie.)

Depending on how well Harden has played and the few games he ended up losing due to a hamstring injury, that stretch might be what keeps James from winning the award this season.

Still, there is no one like James when he is locked up. He showed it in the final game before the trade deadline against the Timberwolves, when he scored 37 points, delivered 15 assists, caught 10 rebounds and hit the game-winning jump shot on Jimmy Butler in overtime. He then set a career record with 19 assists against the Hawks a couple of nights later and averaged 30.5 points, 9.0 assists and 8.0 rebounds in his first two games with George Hill, Rodney Hood, Larry Nance Jr. and Jordan Clarkson. The Cavaliers won all four of those games and returned to destroy their opponents with James on the court before losing two of their last three games.

James could close the gap if the Cavaliers are in the run for the No. 1 seed in the Eastern Conference before the end of the season. It may not be enough for him to win voters and overtake Harden.

Antetokounmpo has the numbers to win MVP. He is the third in the league to score with 27.6 points per game, and is filling the box score each night with 10.3 rebounds and 4.9 assists per game. He's also in the best two-way player conversation with Durant (and other players like Butler, Klay Thompson, Anthony Davis, and, when he's healthy, Kawhi Leonard). To agree with his efficient score, Antetokounmpo is comfortable taking care of all five positions and can make enough plays on the rim for players to think twice before attacking the rim.

As ESPN's Zach Lowe recently noted, "No team has such a poor overall scoring margin." That's what an MVP is made of.

The problem is that the Bucks haven't won enough games for Antetokounmpo to be higher on this list, as they currently have the sixth best record in the Eastern Conference at 33-26. However, they are only 1.5 games behind the Wizards to be No. 4 seed. If the Bucks advance a couple places and Antetokounmpo is the reason, he deserves a much closer look.

While there is still a chance the playoffs will be lost, the Pelicans currently have the longest winning streak in the NBA and are just 1.5 games behind the Spurs in the Western Conference. There are not many teams that have a more difficult schedule to finish the season, so Davis could go up a couple of places in this classification if he continues to play at this level and leads the Pelicans to the postseason without his All-Star teammate.

One of the blows in Westbrook's MVP bid last season was that the Thunder weren't good enough. While he became the second player in NBA history to average a triple-double over an entire season, the MVP award usually goes to someone from one of the league's best teams, not one who fights for the no. 6.

It didn't stop him from winning the award: 47 wins were an incredible achievement for a team that got nothing in return for Durant in the preseason earlier, but it's hard to see Westbrook named MVP this season, considering the Thunder currently has a worse record despite having a much better supporting cast.

If the Thunder had a slightly better record at this point in the season and hadn't had as much trouble as it did from the gate, Westbrook's case would be much more compelling.