MLB Players Call on the Governor of Puerto Rico to Resign

Several Major League Baseball players recently called for Puerto Rico Governor Ricardo Rossello to resign after hundreds of private chats between the governor and other officials were leaked in homophobic and sexist language.

The Puerto Rico Center for Investigative Journalism published about 889 pages of private messages between Governor Ricardo Rossello and several other government officials. In one message, Rosselló considers a female politician of Puerto Rican New York descent "w - e" and describes another as "daughter of a b --- h". A conversation also makes vulgar references to the homosexuality of Latin pop star Ricky Martin.

Enrique Hernandez of the Los Angeles Dodgers, Yadier Molina of the St. Louis Cardinals, Carlos Correa of the Houston Astros and manager of the Boston Red Sox Alex Cora were also calling for Rosselló's resignation.

"This post is for my people! This means that politics and sports should never be in the same conversation, but today is a day when it is necessary, "Hernández wrote on Instagram.

"I wish I could be on my island marching in unison with the rest of the people of Puerto Rico, just as I do with my team looking for a championship! We have so much to offer, we have been through difficult times, but we always get up. stronger than yesterday TOGETHER, as always, we do what it takes when the going gets tough; it's when we're at our best THE CITY SPEAKS !!

Molina also went to Instagram to express her solidarity with the Puerto Rican people.

“Today we all stand up united against injustice, falsehoods, deception. and corruption! We're tired! It does. We are all together! Puerto Rico I love you! God bless everyone!

Correa posted a photo in his Puerto Rico World Baseball Classic uniform with his own message.

Cora tweeted: "Tired of expressing my frustration at what we are experiencing, but we are crazy to let EVERYONE know that when we unite we are powerful."

Rosselló said Sunday that he would not resign due to the scandal. Instead, he said he would seek God to guide him through "figurative or real" hurricanes.

Expressions of some Puerto Rican MLB Players
Tired of expressing my frustration with what we are experiencing but crazy for letting ALL know that when we unite we are powerful. #RickyRenuncia pic.twitter.com/2T8Kr23muj
- Alex (@ ac13alex) July 17, 2019 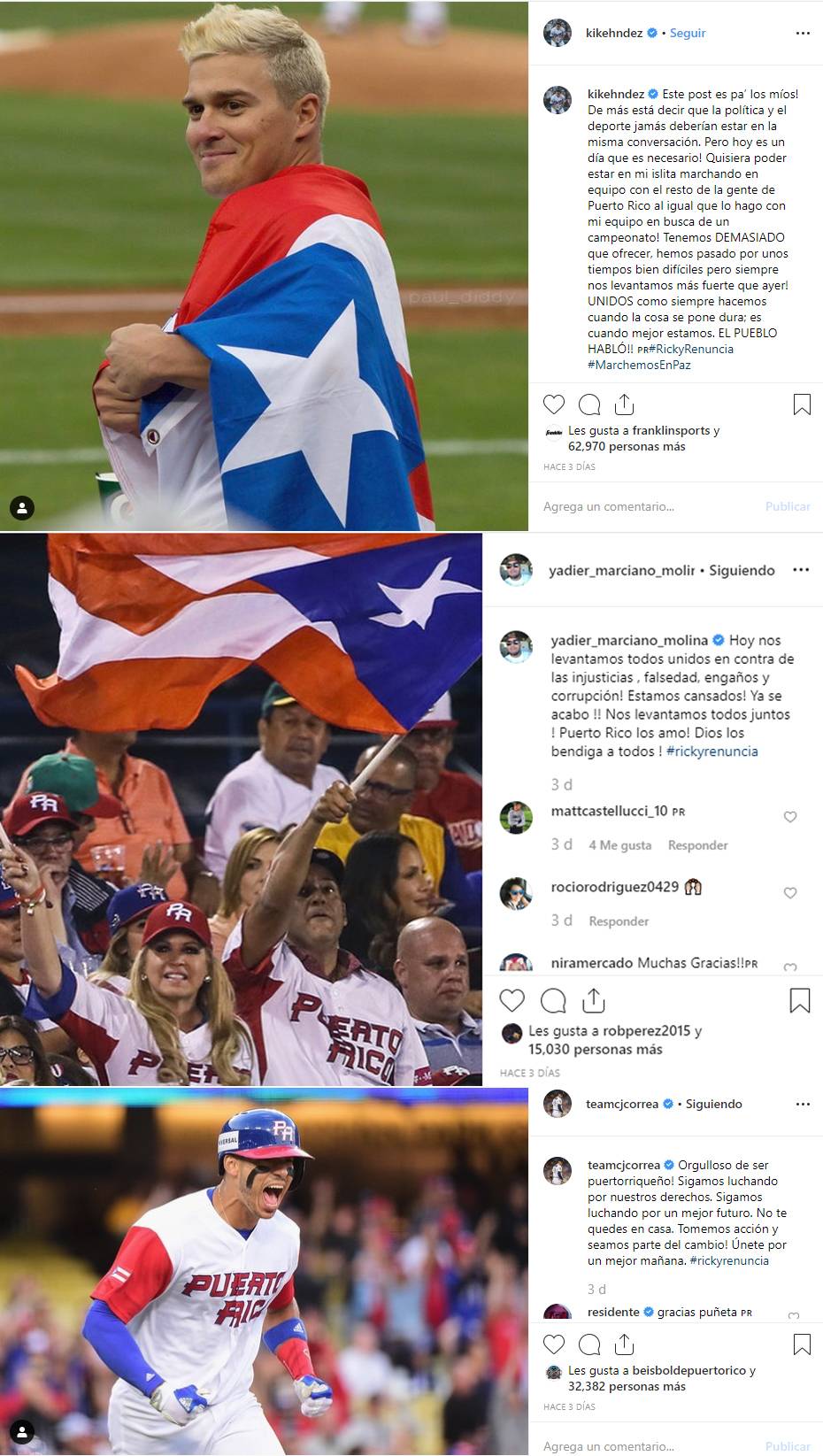