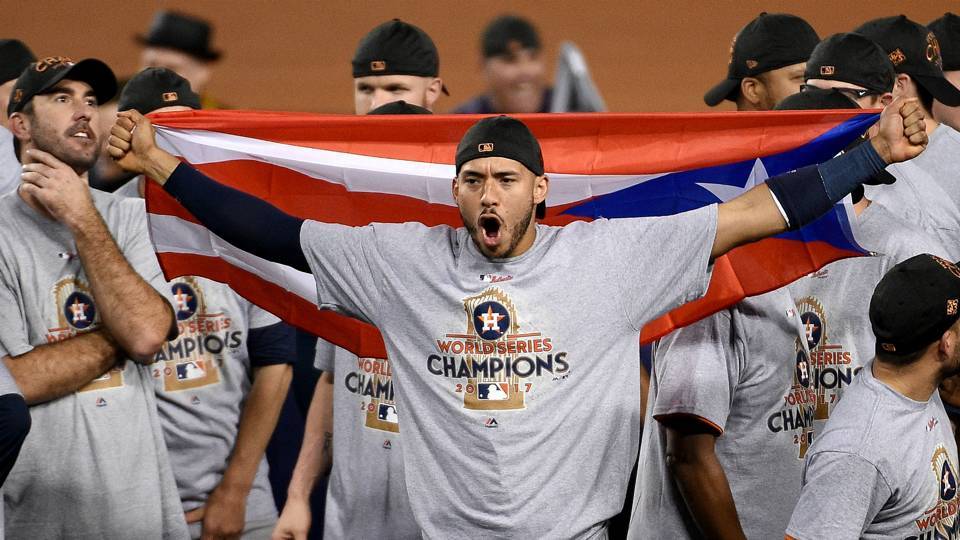 Carlos Correa has had great goals since he was nine years old, when he asked his father to put him in a bilingual school to learn English, so he would be prepared to do interviews in MLB.

His goals have not decreased since he came to MLB at the age of 20 and continue to increase.

"I don't want to be one of the best [players], I want to be the best," Correa told MLB.com. "That's what everyone wants to do. That's why we play."

Correa is only 23 years old. He won't be 24 until September, but he has already won the American League Rookie of the Year award, was selected for an All-Star Game and won a World Series with the Astros in 2017.

He is not done, however. He has his sights set on one more award, even if he doesn't necessarily think he has to win it this year.

"The MVP is something I don't want to withdraw without winning one," he said. "It would be like a dream come true ... It is amazing. I don't know if it is this year, but at some point I would like to win that, and I will try to improve my game every day to try to achieve that."

The overall top pick in the 2012 MLB Draft has never been one to embrace mediocrity and has been anything but since coming to the league in 2015, and while he may not think he's the best correct player, he's now ready to work. to get there.

"I feel like I had a great year last year, but there are still a lot of holes in my game that I can fix to make it better," he said. "Obviously, my expectations are even higher than last year. With the experience I gained last year and the things I learned during the two and a half years that I have been playing in the big leagues, I am thinking of becoming an even better player. this year, and I know what I have to do to be able to do it. "