LeBron James NBA Free Agent? Lakers among the 'Main Contestants' to Sign It 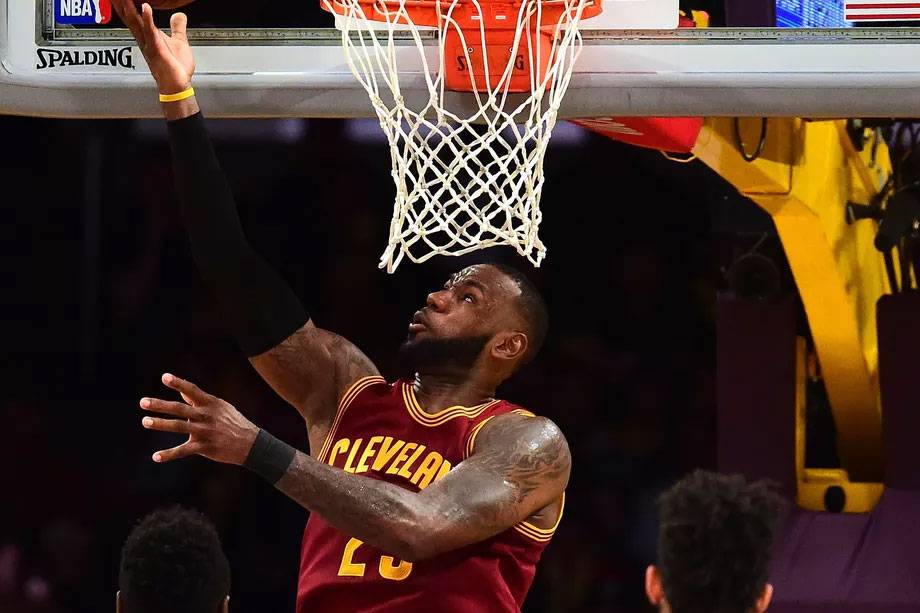 How likely is the Lakers to have Lebron James as an NBA free agent? LeBron James and the Cleveland Cavaliers were eliminated from the NBA Finals by Golden State Warriors. The phrase was not fun to write, and probably even less fun to live for James, who reportedly injured his hand by hitting a board after game one. It's hard to see him return to Cleveland, which seems to give the Los Angeles Lakers a chance to sign the biggest free agent of the summer.

Bleacher Report's Howard Beck was in Cleveland for Game 4 and wrote a fantastic piece on the mood immediately after LeBron's sixth final loss. In it, he wrote this combination of analysis and reporting that should catch your eye if you expect to see James in a Laker uniform next season.

It's (title contention) almost certainly won't happen in Cleveland. The Cavs don't have the payroll room, or the overall charm, to attract starless agents. The eighth pick in the draft won't help them anytime soon, nor will it be valuable enough to attract a major player through the trade.

So it seems almost certain that James will call moving trucks for the third time in eight years.

League sources see the Los Angeles Lakers, Houston Rockets, and Philadelphia 76ers as top contenders, and the San Antonio Spurs and Miami Heat are likely to take a look, too.

Not listed: The Boston Celtics. So it's nice to see.

Philidelphia and Houston offer exponentially more immediate talent, but James' adjustment to Ben Simmons makes no sense when the latter sees three-point lines in his nightmares, and Chris Paul is apparently not open to receiving a pay cut. complicated for James setting in Houston.

What the Lakers offer more than any other team is the opportunity for LeBron to build exactly the type of team he wants. They have the limit flexibility to get another superstar and the assets to trade for a third party. Also, the Buss family has always been willing to pay if the team is competing.

A lot has to go well, but the Lakers have a chance to get James. For a team coming in with 35 wins, that's all you can ask for now.