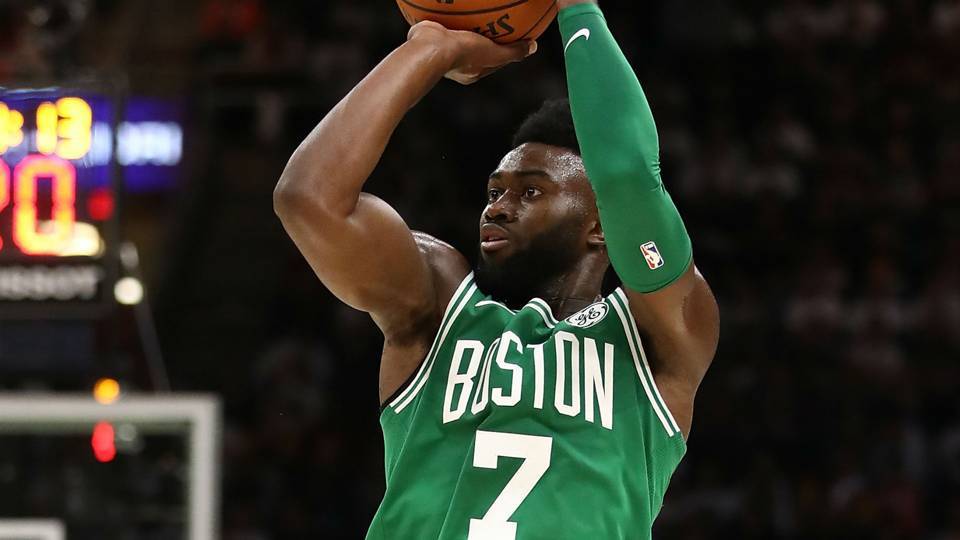 Jaylen Brown suffered a concussion during the Celtics' win over the Timberwolves on Thursday, and will be out for at least one game, the team announced Saturday.

Celtics coach Brad Stevens also revealed that Brown has no structural damage, but that he will not play in Sunday's game against the Pacers.

Brown reached out for a slam dunk against the Timberwolves, but lost his balance after touching the edge and fell to the ground hitting the back of his head on the court. He was inactive for a significant amount of time before being able to leave the court under his own power, but did not return to the game.

(via: @clippittv) pic.twitter.com/GbU5UOJtaL
- Basketball Society (@BBallSociety_) March 9, 2018
The team announced during the game that Brown would be evaluated for concussion-like symptoms, and it appears he has entered the league's concussion protocol in order to play again.